The olive tree first appeared thousands of years ago in the Mediterranean Basin, and from there it spread to all neighbouring countries.

It is believed that ever since the Neolithic Age, collection of both edible and wild olives (Olea europaea oleaster) were practiced in the Aegean area. The oldest samples of olive pollen found so far can be dated to the end of the Neolithic Age and they come from Crete and Boiotia.

50000 years old fossilized leaves of the European Olive Tree were discovered on Nisyros, Cyme and Santorini.

According to Ancient Greek Mythology, the olive tree was a present of goddess Athena to the city of Athens, when a competition between her and god Poseidon took place in order to decide the patron deity of the city. When the competition started, god Poseidon struck the sacred rock of the Acropolis hill with his trident causing a spring of salty water to emerge. This spring was known as the Sea of Erechtheus. Athena, with her turn, struck the rock and an olive tree full of olive fruits sprang, which was regarded as a promise of glory and prosperity for the city.

The stone presses, which were discovered at the area of Haifa in Israel and can be dated to the 5th millennium BC, are related to olive oil production.

In all likelihood, the Phoenicians were the first to distribute the olive tree cultivation to the Mediterranean Basin and also the first to produce olive oil by using the same technique as the Egyptians who extracted oil out of seeds.

The clay tablets found in the Mycenaean palaces of Crete and mainland Greece provide us with information about olive tree cultivation, and olive oil production and distribution. These tablets are written in the first Greek writing, which is a syllabic script conventionally named Linear B.

From an early period, the Greek nation was associated with the olive tree and olive oil. They were both connected with many aspects of life and they were a part of the Greek social, economic and artistic expression. Soon, the Greeks started more and more techniques of usage, and they discovered both the therapeutic and cosmetic properties of olive oil. It is still used even today in many beauty products.

The olive tree is considered a blessed tree and every part of it can be exploited. Today, apart from its fruit, wood and leaves, the olive processing waste can be also used in industry. 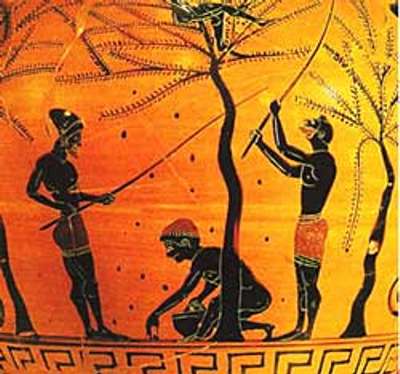 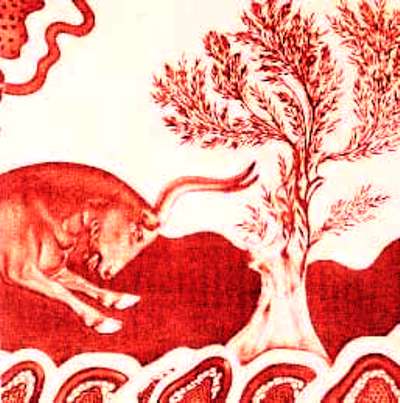 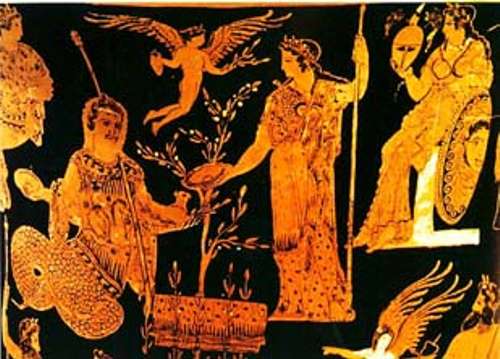 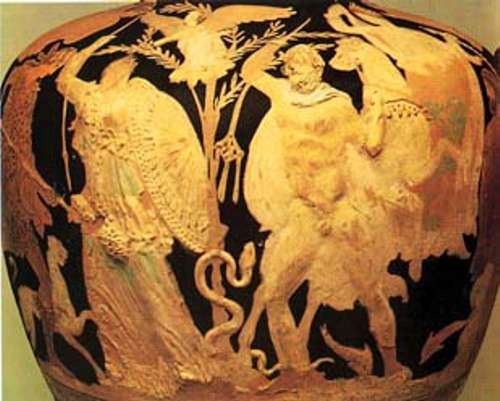 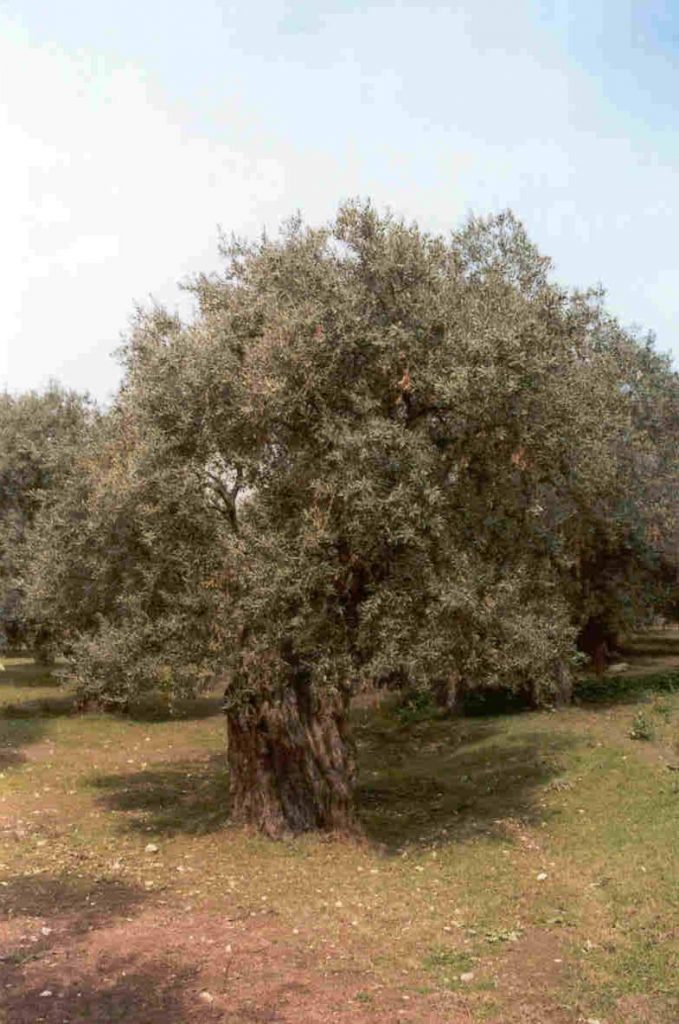 The olive is an evergreen and age-old tree. Olive cultivation is limited to the two temperate zones and mainly to the Mediterranean region which has 98% of the world plant potential and production. Crop care is scarce and therefore survives in particularly inaccessible areas.

The European olive tree (this is the olive tree which produces olive oil) has many varieties. There are about 130 varieties of olive trees with 50 of them being the most well known. Some of these varieties are the result of a long developing and adaptation process in the same micro-climates where other species grew due to lab development. Depending on the variety of the plant, olive trees can be categorised as small-fruit, medium-fruit, large-fruit and ornamental (non-fruiting).

Thassos has a Mediterranean climate favoring the cultivation of olive trees, both in flat and mountainous areas, and enabling the production of fruit during the winter. In the area of there are olive trees more than 700 hundred years old.

The dominating variety of olive tree on Thassos is called throubolia or Thassian olive. It is mainly cultivated on Thasos and other areas like Attica, the Aegean Islands (Chios, Samos, Naxos) and on Crete. It belongs to the middle-fruit variety of olive trees and it is suitable for consumption. The fruit is of medium size with an average weight of about 3-5gr, and an oil capacity up to 25% of the highest quality. The Thassian olive (throuba) has the ability to loose its bitterness by itself while maturing on the tree and therefore it is considered a unique delicacy for the Mediterranean table.

Olive oil is the basis of the Mediterranean food chain, which has proven to be a model of proper and healthy nutrition and a factor of longevity.

The beneficial properties of olive oil, lie in its chemical composition. Olive oil consists of oleic acid, linoleic acid, palmitic and stearic acid and even phytosterols in a very small percentage. Linoleic acid is of great importance for our health, since the lack of it leads to a number of health problems, such as developmental delay, metabolic disorders etc.

Olive oil contains 60-80% monounsaturated fatty acids which are much more resistant to oxidative processes than the polyunsaturated fats contained in seed oils.

Here, at the organic olive mills of Thassos, we produce the Cardiofilo which literally means in Greek “friend of the heart”. Thus, one may understand the beneficial properties of olive oil for the human cardiovascular system.

It has been proved that monounsaturated fatty acids, and in particular the oleic acid, protect from coronary heart disease because they reduce the levels of low density lipoproteins or LDL (“bad cholesterol”), and at the same time they can increase the levels of HDL (“good cholesterol”) which protect the human body system from arteriosclerosis.

Olive oil is also a rich source of the fat-soluble vitamins A, D, K and especially vitamin E, which protect our health from several types of cancer (for example colon cancer and breast cancer) and osteoporosis. These vitamins together with the valuable polyphenols of olive oil can be found only in virgin olive oils because in the refined olive oils they are almost completely destroyed. In addition, due to its antioxidant action, olive oil delays cell aging, helps with digestion and calcium absorption and advances skin health.

Studies related to the beneficial properties of olive oil during child growth show that normal amounts of olive oil provide the perfect balanced intake of fatty acids for the natural calcification of the bones. It has also been suggested that low intake of lineloic acid may result in growth delay and cause skin, hepatic and metabolic disorders. In conclusion, it becomes obvious that olive oil, and especially organic olive oil deriving from biologically cultivated olive trees and therefore containing no traces of any chemical substance, forms an integral part of our children’s ideal diet.

Olive oil is preferably consumed raw, so that our body system can absorb all its nutritional substances. But even when frying, olive oil is considered the best oil because of its durability against high temperatures and oxidation.

It is beyond any doubt that olive oil protects human health. In November 2004 an FDA directive (Docket No 2003Q-0559) was published in CFSAN/Office of Nutritional Products, Labeling and Dietary Supplements November 1, 2004, which suggests that 23gr. (two teaspoons) of olive oil protects from coronary diseases, especially if it contains a high percentage of monounsaturated acids. The Forest Preserve of Cook County Illinois suggests that the best salad olive oil is the yellow.

The main types of olive oil

Not all olive oils are the same! There are many types with differences in quality and price.

The basic properties defining a quality olive oil are the following:

The production of quality olive oil requires a procedure according to specific regulations which are related to:

Here, at the ORGANIC OLIVE MILLS of Thassos we follow this procedure, as described above, and we feel that we produce an excellent product.

The main types of olive oil are the following: